Riders on the storm

In preparation for the upcoming storm season and requirements for new contracts, we are updating all licensing information on all data bases. Those who update their information will be on the first round of calls when a storm is approaching. When possible, please submit the following information to hr@midamcat.com:

Please disregard this instruction if you have updated your information in the past 31 days.

***Resumes must be submitted due to new client requirements*** 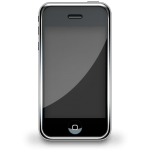 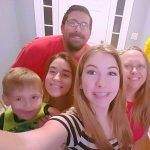 You are an Account Manager at Mid-America. Tell us a bit about your history and the path that led you to this position and your current responsibilities at MACS.

Account Manager? Is that what I do here??? So I started in this business in 2002 in the Mold / Water Extraction / Remodel business with my Father and Uncle in and around Houston. Business slowed down and I got my adjuster’s license in TX. I ended up working for a home-building company for a year where I was over the purchasing department. Then Katrina hit and I was off to the races. I was in the field for a number of years (that’s where I met Steven Turner and Zack Meadows). During my time in the field I took my wife and daughter with me.

I decided I wanted to work “inside” for about 6 weeks during Ike/Gustave in 2008. Eight years later I was still in Mobile. During my stint “inside” I went from being an inside adjuster to a team lead to a trainer to a department head over roughly 350 adjusters / support staff. That is also where I met a ton of the adjusters that I get to work with every day now (I met Keith Craft there too but don’t hold that against me). I decided it was time for me to utilize my talents and skills away from where I was employed. As it happened Steven told me about an opportunity at Mid-America and in just a short time I was part of the team. I’ve never looked back and (so far) they haven’t either!

What do you like best about working at Mid-America? What, in your opinion, sets us apart in the industry?

What I like best about working at Mid-America is the family atmosphere and spirit here. It is night and day from where I was previously. Everyone is excited to come to work and tackle the challenges of the day.

What I think sets us apart in the industry is the fact that everyone in management at Mid-America has done the exact job that we are asking people to do now. We have all worked in the cold, in the hot, on the roofs, in the crawlspaces, and on and on. It really does help when the adjuster knows that you aren’t an empty suit but instead are a seasoned veteran with years in the claims trenches.

You are a family man with a wife and three children. This is a demanding business in terms of the time and energy required to succeed. How do you balance the two?

Family is extremely important to me. The reason I stopped travelling was for my daughter Cas who was 7 at the time and wanted a “normal” life (whatever that is). We’ve since had Dean and picked up a stray Spaniard foreign-exchange student Lila who is now an inseparable part of our family as well. The hardest parts are the extensive travelling and long hours at times. There’s not a lot of balance during those times. It’s a time to really just put your head down and get the job done. I try and be present during the hours I get at the house when we’re in that mode. However, my family is very supportive, and they know that those times are for a season and then I’m back to a normal schedule, able to take vacations, etc… So I guess that’s really the balance.

Stacy and Zack told me early on that here at Mid-America “We work hard and we play hard”. Both of those are very true, and I feel each one is important. I can’t stress enough how much it means to have a family who understands this business. It makes all the difference.

What in your opinion is the key to succeeding as a claims adjuster? What qualities are most necessary for success?

The key to succeeding as a claims adjuster today is a brutal approach to time management. Know where your day is going and don’t ever put off the hard claim. When you do then you look up and find that it’s been another week and it’s still sitting there. I always tell the folks working for me to handle the claim today that you leave the parking lot thinking about and hoping no one finds. THAT’S the one to get done today. If you’ll do that and manage your time then you’ll go far.

As far as qualities for success go, I think the meta skill of learning new skills is key. This job, the technology, the policies, the procedures, etc… change day to day and sometimes hour to hour. The ability to pick up new skills or to pivot quickly is essential. I hear a lot of adjusters worrying about technology pushing them out of a job. I would say to them that they need to stay abreast of new tech and trends and to keep customer service as their #1 priority. There is no substitute for a person to lean on in a time of crisis. Be that person for your insureds.

If you could only give one piece of advice to a young adjuster starting out in the business, what would it be?

I would tell them to try and intern somewhere, ride along with someone, join the Facebook groups, adjuster meetups, go to conferences, and everything else you can to immerse yourself in this culture and job. Chances are it’ll be very hard to break in without a major event, but it was like that for almost all of us. Something always happens. Until that “something” happens stay active in the adjusting community and always strive toward improving yourself.

You are originally from the Houston area but live in Mobile. Have you been converted to an Alabama Crimson Tide fan or are you still a Christian? I’m kidding. What hobbies do you enjoy? What are you passionate about apart from the claims adjusting business?

Still Christian. I went to the University of Houston and I don’t think we have the same kind of football they have down here… I enjoy watching movies, playing racquetball, and hanging out with the family in whatever capacity that entails. I love going to church, and I’m one of the worship leaders there so I really enjoy that.

Setting Proper Expectations: I’ll leave you with this short illustration (which really did happen). I had an a adjuster working for me a number of years ago. At the time our goal was to get a claim closed and out the door in 5 days or less. This adjusters was very good at his job, but I got complaint after complaint on him.

The complaint went like this. “I’m upset because my adjuster told me he would have my claim done in 3 days, but he didn’t get it done until day 4. That’s unacceptable”.

Now, bear in mind that a 4 day turn-around time is very good, but the problem is that the adjuster was setting an unrealistic expectation that he wasn’t able to meet. I instead had him start telling his insureds that he would have it back to them in 5 days. He did the SAME work in the SAME amount of time. I still got calls on him. Only this time they were calls praising him for getting them taken care of even earlier than he had promised. The same work in the same time. Just adjuster those expectations and save yourself a lot of grief.

a word from manager Cindy Bootier

Professionalism definition: The practicing of an activity, especially a sport, by professional rather than amateur players.
Definition of Rapport: a friendly, harmonious relationship; especially : a relationship characterized by agreement, mutual understanding, or empathy that makes communication possible or easy.

Both of these are very important to our job and skillset. When you are representing Mid-America please be professional with your communication when speaking, emailing, or making contact in any way with an insured, representative of the insured, carrier, etc. Regardless of the rapport you create with the contractors or PA’s that you work with on a normal basis, make sure it is always professional, kind, respectful, and courteous no matter what occurs. Do not say or do anything that will lessen your reputation or negatively impact you or MACS.

Thank you – we appreciate you all.

November 30, 2021 Mid-America’s Conference 2022 | Accelerate into Great Times & Golden Opportunities, Part Four: Meet the staff that will make a difference in your career path!